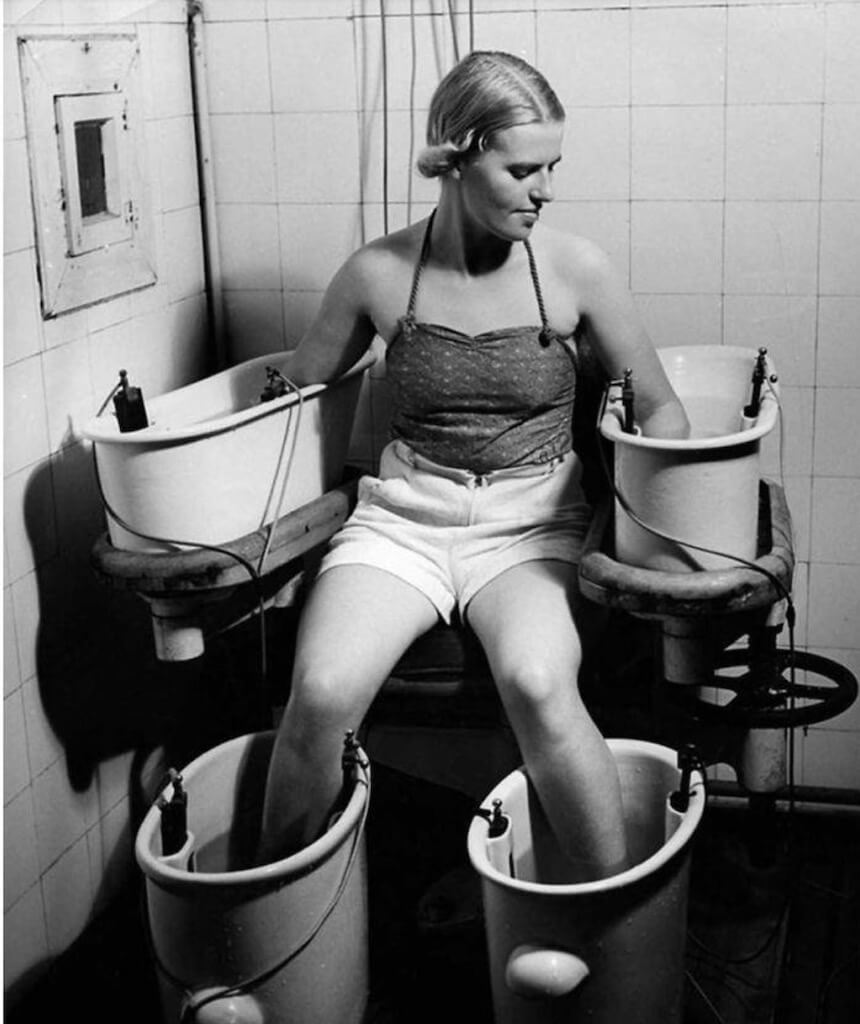 Medical spa treatments have come a long way in the last century. The amount of knowledge and research-proven advancements made is astounding. Whether you prefer a HydraFacial, chemical peel, micro-needling, or any other type of modern treatment, you can feel confident that it's a highly advanced and effective treatment, especially compared to the past.

Let's take a look at 20th century vs 21st-century medical spa treatments so you can understand the history and see how far we've come. 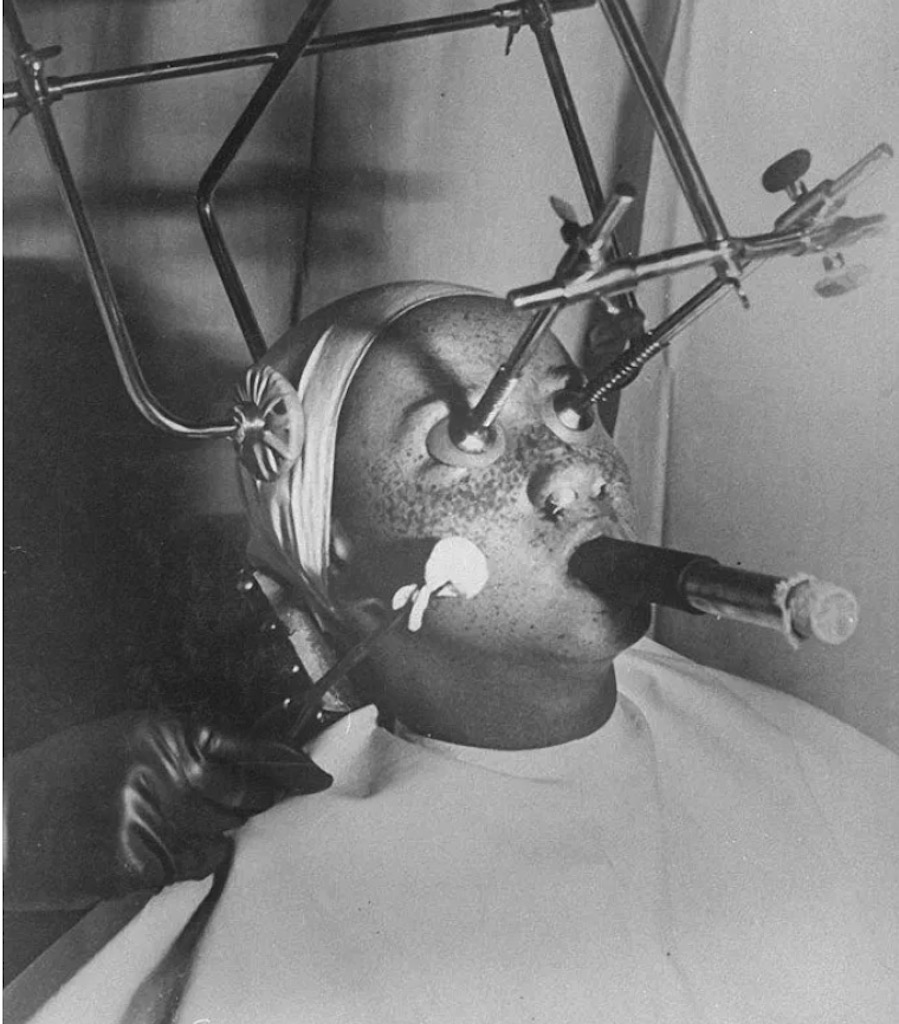 In the 20th century, getting your dark spots removed looked very different. Experts used outlandish equipment that connected to the patient's eyes. Then they would plug their nose and give them a tube to breathe through.

Today, we have several effective treatments to correct skin discoloration to remove dark spots, acne scars, sun spots, and other discoloration. Instead of a crazy apparatus, we can use lasers to non-invasively even skin tone.

Limelight Photofacials are effective for all skin types, require minimal downtime, have no unpleasant side effects, and treatments are done in 20 minutes flat.

I don't know about you, but that sounds like a much better spot removal treatment than the crazy apparatus from the 20th century. 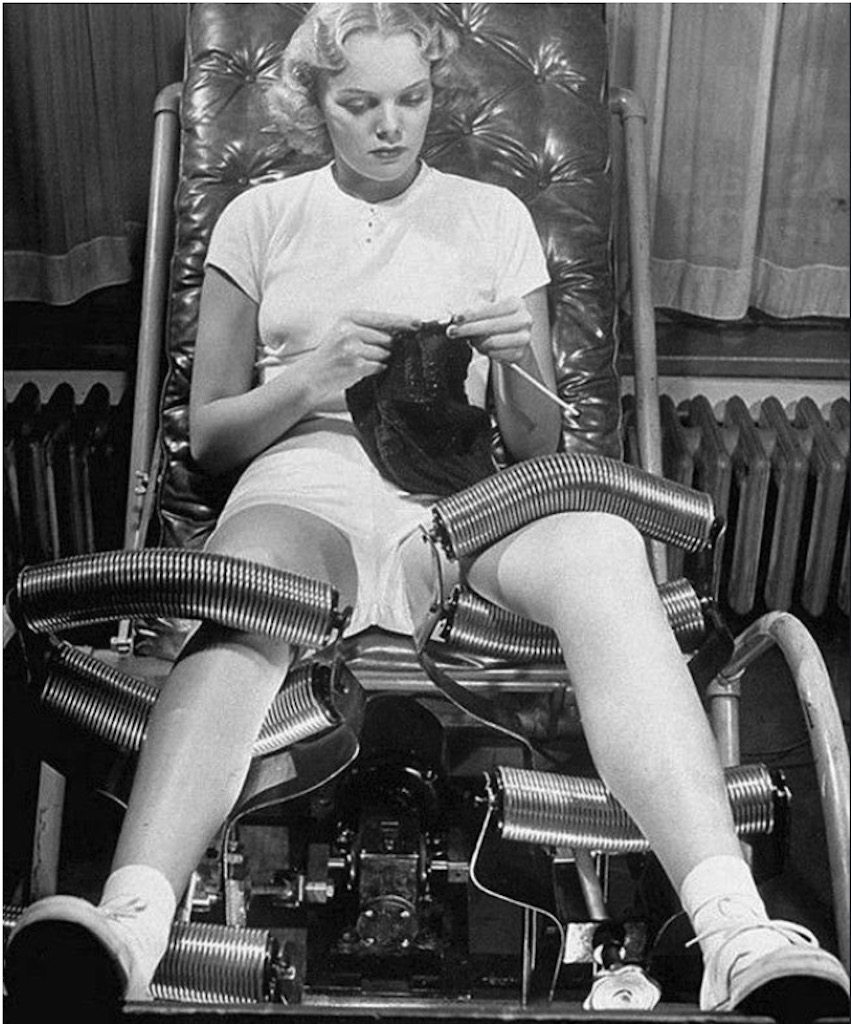 Unfortunately, women used to do all kinds of crazy and unhealthy things to be thinner. One popular treatment involved strapping the patient into a big machine and sending electrical vibrations to specific body parts to dissolve fat tissues.

Other fat removal treatments performed at the "slenderizing salon" included leg rollers, a wooden barrel machine treatment that targeted the buttocks and hips, and electrical rollers that moved up and down the patient's body.

Needless to say, we now know that there are healthier and more effective ways to lose weight. Miami Skin Spa utilize truSculpt iD to help patients achieve their ideal body with no downtime.

The treatment is non-surgical and clinically proven to eliminate stubborn fat cells. It uses radiofrequency laser energy to remove fat safely, and it can be tailored to each patient's body type. The best part is that the custom treatment is done in 15-minute sessions. 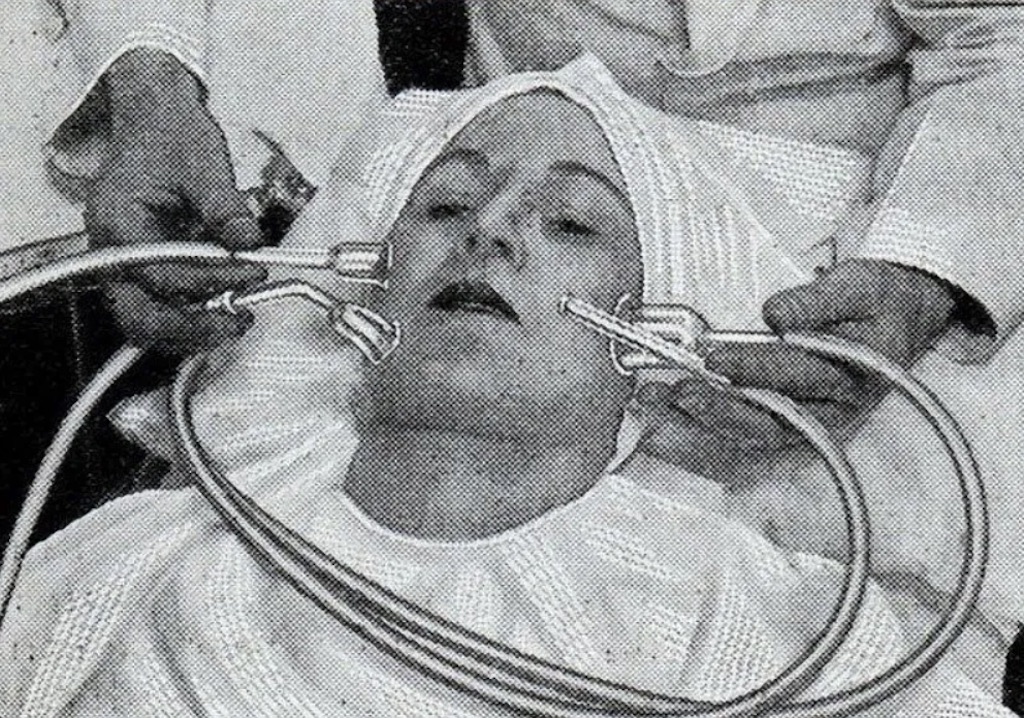 Facial treatments were not always a relaxing day at the spa. In the 20th century, salons used vacuums to suction the skin to improve complexion and texture. While this treatment did improve blood circulation and reduce wrinkles, modern facial treatments are a much more pleasurable option.

Today, Hydrafacials are the leading medical spa treatment used to improve skin texture and complexion. The HydraFacial technology cleanses the face, exfoliates the skin, and hydrates.

We are able to acheive this using a water suction technology to extract bacteria from your pores and get rid of dead skin cells.

The Hydrafacial is great for treating fine lines and wrinkles, improving elasticity and firmness, evening skin tone and texture, and reducing brown spots. Plus, it's a much more luxurious experience than the facials of the 20th century. 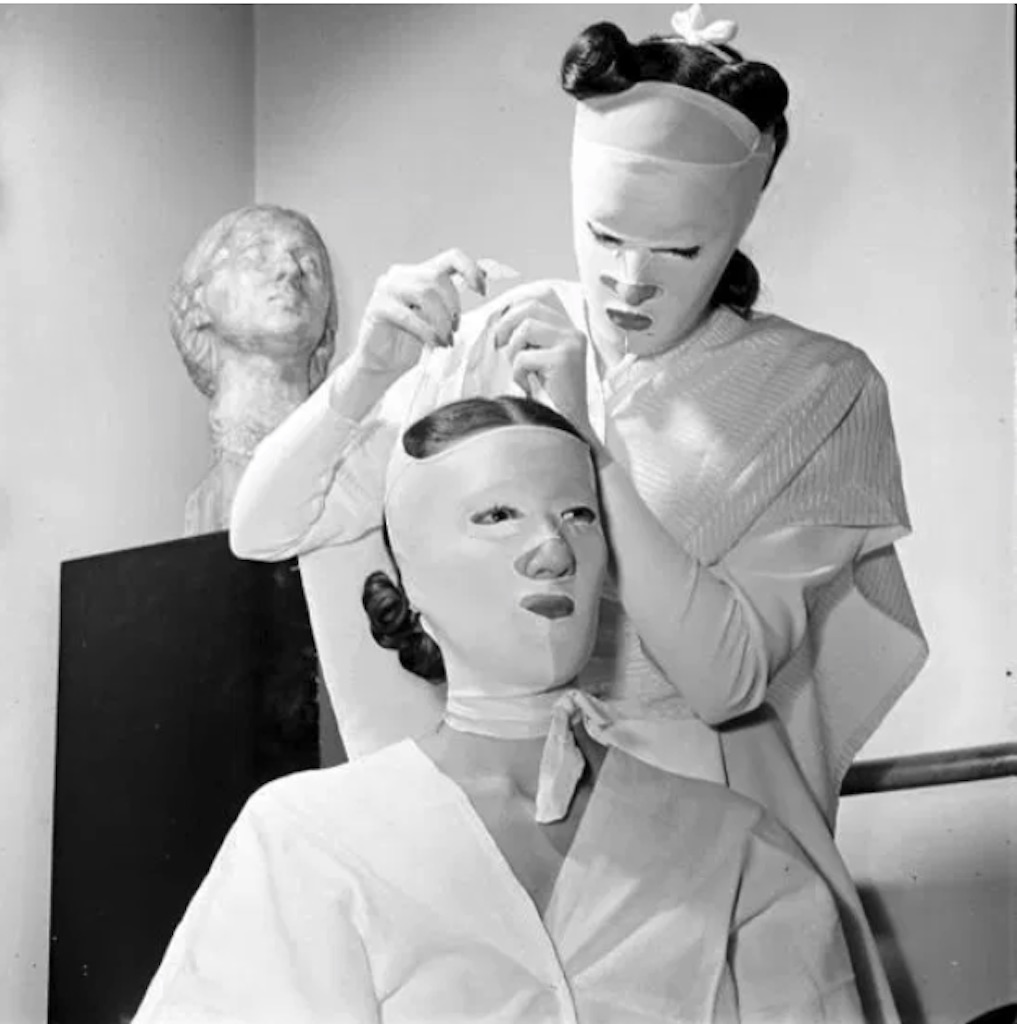 Women used all kinds of materials for face masks in the 20th century. One option was a rubber mask that tightened face tissue and improved the overall appearance of the skin. Even though these masks look strange to us now and couldn't have been comfortable, they actually had amazing benefits. 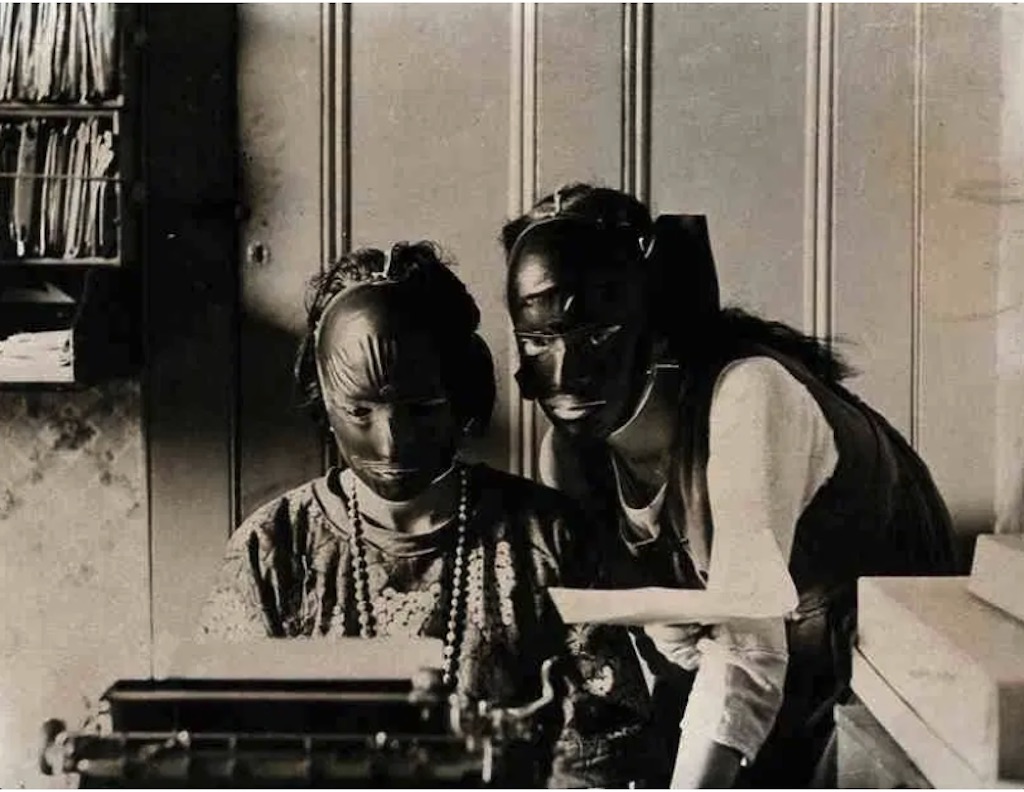 Another common treatment was the ice mask. These were used to restore your face after a wild night out. The main benefit was that it reduced swelling, but besides that, there weren't many proven positive outcomes. 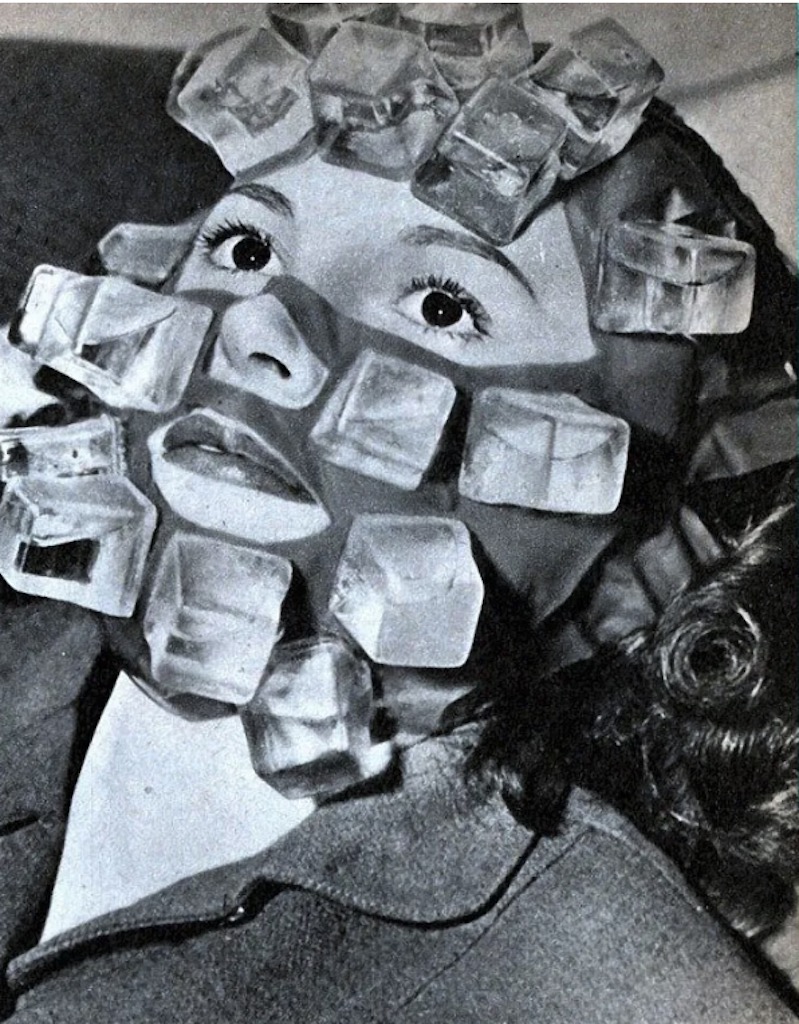 Today, you can find all kinds of face masks at beauty stores. They're typically made with botanical ingredients that brighten the skin. Making your own face mask for an at-home spa day is also a popular option in the 21st-century.

You can also get chemical peels and laser treatments at a medical spa, which are much more effective and enjoyable than rubber masks. 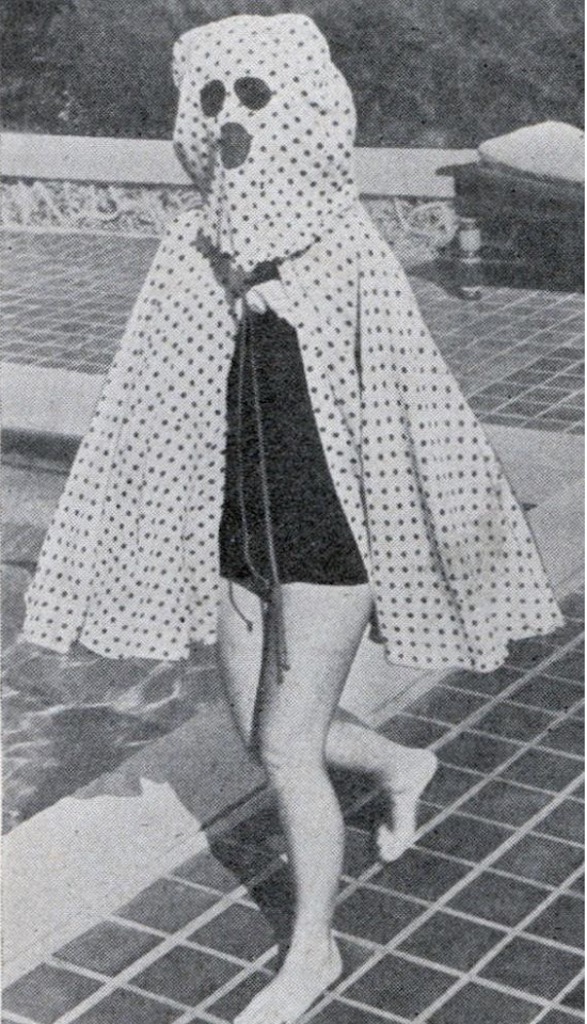 At the beginning of the 20th-century, there wasn't sunscreen. To protect themselves from the sun, people would layer on clothing and wear wide-brimmed hats.

Sunscreen was eventually invented in the middle of the 20th century, and it's come a long way since then. The first patented sunscreen was a bright red color that had the consistency of petroleum jelly. In the 1950s, Coppertone took over the sunscreen industry and began to improve it.

Today, we have thousands of sunscreen options, from lotions to sprays to creams and everything in between. The research around sunscreen and sun protection has also come a long way.

Medical spas offer great sunscreen options, oftentimes many different types of SkinCeuticals Products, that are potent, safe, and not bright red. Wearing hats and protective clothing is still recommended for those most at risk of sun damage. 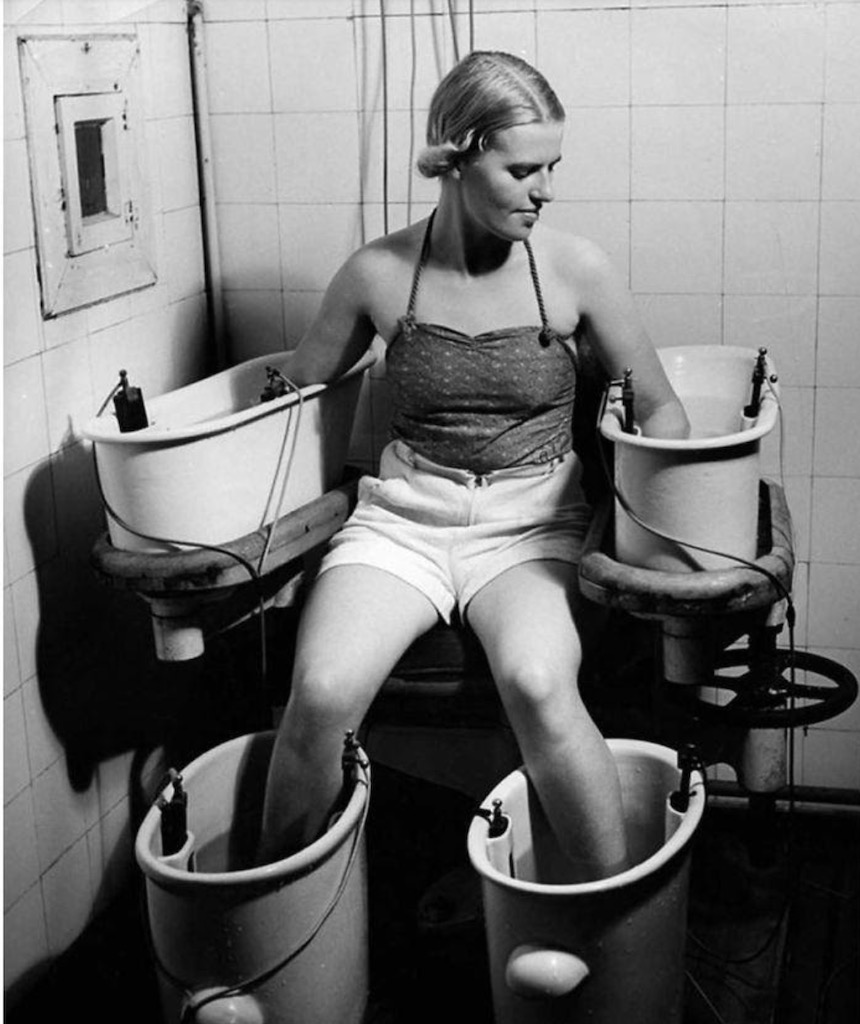 The world of hormones broke open in the 20th century, and it has only improved in the 21st-century. Hormone replacement therapy became a popular way to treat hormonal imbalance in women in the 1960s. However, at the time doctors used synthetic hormones that came with a lot of side effects. The worst was that they increased the risk of breast cancer and heart disease.

Today, we use BioTE bioidentical hormones in hormone replacement therapy. Since they are natural, they assimilate into the body more easily, and they don't come with unwanted side effects.

Bioidentical hormones are derived from plant sources and more closely mimic human hormones, which is why they absorb in the body so much more than synthetic hormones.

Medical Spa Treatments Then and Now

The bottom line is that medical spa treatments have only improved in the 21st century. It's never been easier to get the skin and body you want when you utilize all the benefits of medical spas, and you don't have to use crazy machines or bad sunscreen.

Are you ready to try our modern and effective treatments at Miami Skin Spa?

Request a free consultation today and look ahead to the future of your skin.

Facials: Best Ones When You Live in Miami?

Facials: Best Ones When You Live in Miami?

What Are The Best SkinCeuticals Products For My Age Group?

What Are The Best SkinCeuticals Products For My Age Group?

What is Microneedling: Types, Cost, and FAQ’s

What is Microneedling: Types, Cost, and FAQ’s

Not sure what service is right for you?

Call to talk with our expert providers who can help create a treatment package that is right for you.

Please use the form to request an appointment or ask a question. We will receive your message directly and respond quickly. Thank you.